Timespell is on Sale for just .99. Hurry! Won't last long. 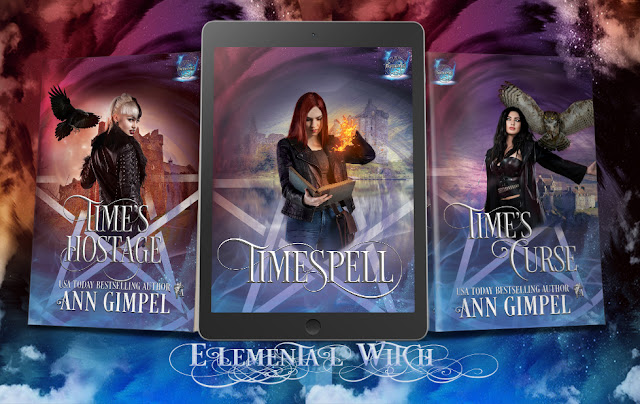 Be sure to grab Timespell  if you haven't read it. Katerina has no idea she comes from a long line of witches. Her mother did a stellar job keeping her in the dark about her family's checkered past.
* * * * *
A druid’s determination…A witch’s stormy rite of passage…

Katerina eats, sleeps, and breathes cultural anthropology. The only stain on her success is her worry she’ll go mad just like a few other women in her family. That fear rockets to the fore when she’s on a lecture tour in the Scottish Highlands and hallucinations grab her, visions rife with horrors straight out of medieval folklore.

Arlen, Arch Druid for all of Great Britain, hasn’t called on his magic much in the past hundred years. No need for it in the midst of the twenty-first century. While attending a lecture, he detects fell forces. A closer look reveals the impossible. He’d thought the Roskelly witches long dead. Brutal, feral, violent, they were the force behind Scotland’s bloodiest clan wars. Risen from their crypts, they’re intent on Katerina. What he can’t figure out is why.

Finally! A challenge for his long-neglected powers. Far from being grateful, though, Katerina doesn’t trust him. Why should she? A headlong dash to escape his unwanted attention lands her three hundred years in the past with no way out.
* * * *
Don't miss the next two books in the Elemental Witch series, Time's Curse and Time's Hostage.

In line with my determination to bring this long-neglected blog to life, here are a few of my thoughts about perseverance. 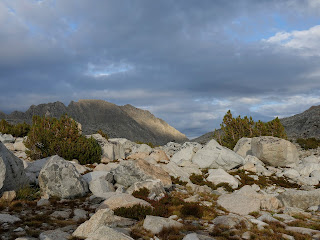 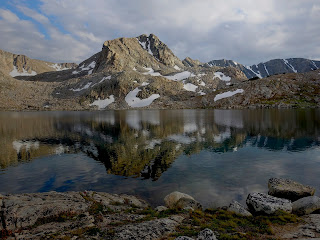 Why I Never Give UpThose pictures are from last week’s backcountry trip. It rained every single day, and we had so many electrical storms I lost count. Hail too. Nothing like lying in the tent and keeping your fingers crossed the hail doesn’t shred the fly. Tents have gotten lighter, a lot lighter. Mainly because 4/5ths of the body of the tent itself is now mesh. Never used to be that way. They used to be all nylon.Anyway, given that the tent is mesh, the fly has become absolutely essential to keep inclement weather at bay. We lucked out, as we often do, and the tent didn’t fall apart on us. It was a real trooper. Nothing like dragging sodden nylon out at the end of the day and pitching it knowing it will never dry out. At least not until you get home.Takes me back to my early mountaineering days in Washington state.But all that is a sidebar.What it reminds me of is the importance of never giving up. In the mountains, it’s often life and death. You don’t have the luxury of curling into a ball of misery and calling in a rescue… Well, I guess you do with the personal locator beacons everyone has taken to carrying, but it’s not a good idea. Being tired or scared or cold doesn’t justify a rescue effort that can cost upward of $10K.How does not giving up relate to writing books?Well, lots of ways.There was a time back around 2010 that stretched to 2016 and into 2017 when it was relatively easy to sell books. Those days seem to have come to a crashing halt. Why, you might ask.Well, several things. Not in any special order, they include:1. Digital piracy. It’s not just people with money problems who steal books and audiobooks. It’s become standard practice for those with means too. The last study Forbes did, the “average” digital pirate was young, wealthy, and well-educated.2. Kindle Unlimited. When I started in this business, there was no KU. It’s tough to compete with an endless supply of, essentially, “free” books. Over half my readers buy from non-Amazon platforms, so I will never put my books into KU. They require exclusivity. In other words, if I put my books there, I couldn’t sell them anywhere else. Eggs all in one basket isn’t much of a business model.3. A veritable glut of books. I’m lucky I started writing fiction when I did. There are literally hundreds of thousands of new books hitting the virtual shelves every few months. Absent name recognition, it would be tough to sell anything.4. Other authors and self-professed professionals ripping people off. I kid you not. On any given day, I could spend a whole lot of money on bogus offerings. The occasional “buyer beware” day has shifted until I delete messages and emails unread. No one can market for me--not effectively--but they’ll sure take my money quick enough. And I have the best editor and cover artists in the universe. Not looking to expand on either of those fronts.*********Despite everything, I love my job. Creating fantasy worlds with compelling characters keeps me going. So do the wonderful emails I get from my readers. You are all a million kinds of awesome. You really are!The thing about throwing in the towel is then you never get to find out how the story would have ended if you’d stuck it out. How about you? Is there a time you kept on keeping on and were glad you did?I’d love to hear about it.
Email Post
Labels: Ann Gimpel Druids Elemental Witch mythology and folklore paranormal fantasy Paranormal Romance witches 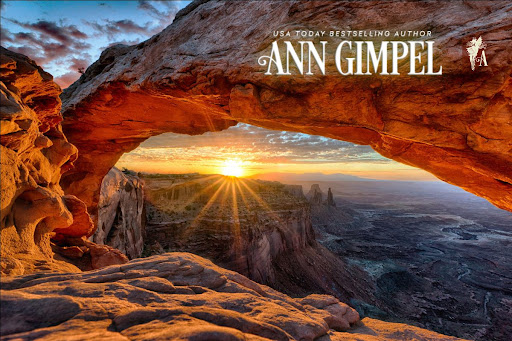