Chirp! A New Way to Find Awesome Deals on Audiobooks 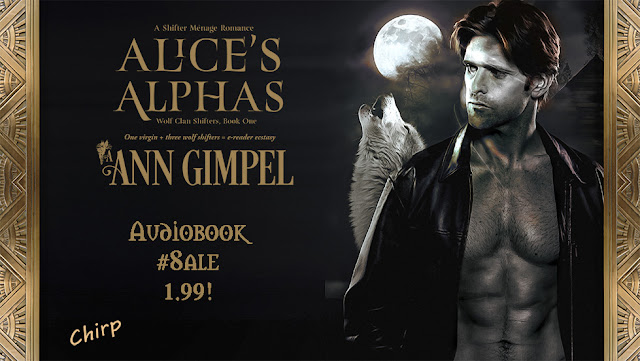 One virgin + three wolf shifters = Reverse Harem DELIGHT
It’s 1936. Thirty-year-old Alice has given up on finding a husband. Between civil engineering and mountain climbing, her interests are so masculine, she scares men away. A poor route choice strands her—lost, hungry, and scared—next to Lon Chaney’s cabin deep in the Sierra Nevada Mountains.Jed senses a woman stumbling down the steep, inhospitable mountain behind his borrowed cabin. Her scent tantalizes and excites him. Mates are scarce these days, and if his nose is right, she’s his fated one. His and his two pack mates, that is, who are mercifully gone at the moment. Jed crafts a careful strategy, knowing the mate bond might not be enough to convince her to stay once she finds out it will link her to all three of them—forever.Alice adds Jed to her list of problems when he melts out of the shadowed darkness. At first she declines his offer of help, but he keeps talking until she ends up inside the cozy log cabin in front of a roaring fire. His skilled hands and a shot of whiskey heat her blood to molten, and her carefully tended world explodes into desperate hunger to make love with the man rubbing her weary feet.As caught up in lust as Alice, Jed takes a chance. A big one. Will mating with her before disclosing everything turn out to be a huge mistake?
********
Let's talk about Chirp!
What is it, anyway? And why should you care?


Starting today, the audiobook version of Alice's Alphas will be only 1.99 on Chirp. So what's that, anyway? Chirp is an audiobook promotion website that has recently been started by the folks who run Book Bub.
This sale will last for a short time, so don't wait.
For those of you who like to listen to audiobooks, take a look at how Chirp works. Unlike Audible or some other companies, there are no membership or subscription fees. Audiobook prices are at least 75% off, and books remain in your library forever since you're buying them.
Chirp is an app that runs through IOS or Android. You download it and the book(s) you've purchased show up immediately. It's pretty slick. I just tried it.
I'm thrilled Chirp chose one of my books to promote. So hustle on out and score Alice's Alphas for just 1.99.
But Wait. It gets BETTER!
If you buy direct from my audiobook store at Author's Direct, you'll find Megan's Mates for just 6.99 and Sophie's Shifters for just 7.99. That's $17 for all three Wolf Clan Shifter books, a significant savings over even the box set price.
Authors Direct is run by Findaway Voices, the premier provider of audiobook content. They have an app that looks exactly like Chirp's. It's a totally free download for IOS and Android.
Special Hint: You'll find awesome deals on my ALL my audiobooks at my Authors Direct store. The pricing is very attractive. 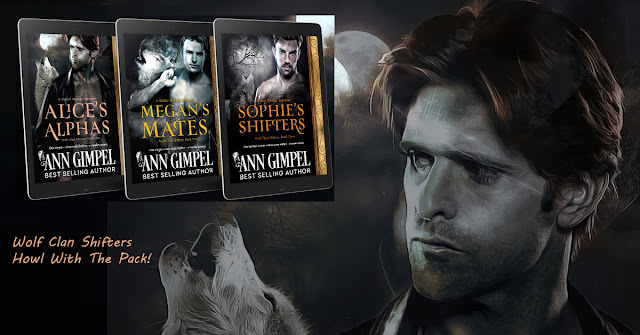