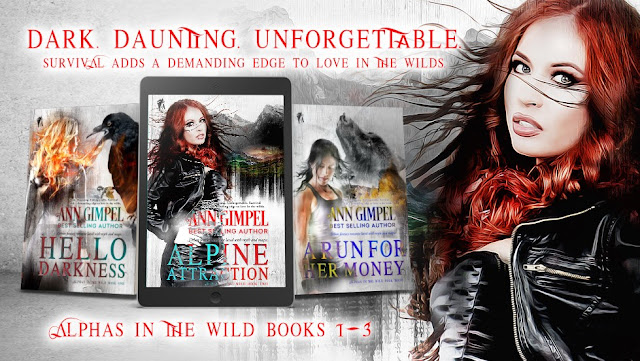 Survival indeed adds a demanding edge to love in the wilds!
Hello Darkness, Alphas in the Wild Book One
Earth magics collide, forcing Moira Shaughnessy to take a chance on a man who hurt her so badly she never forgave him.
A ranger for the U.S. Park Service, Moira is in serious trouble. Fleeing from Ryan, her cheating husband, who’s also a Native American shaman, she stumbles into the arms of a man she never thought she’d see again. He hurt her once by choosing his magic over her. Would she be a fool to take a chance on him now?
Tim hasn’t seen Moira in ten years. When her name shows up on his patient roster in the rural clinic where he’s a doctor, he can’t believe his luck. Deeply held secrets forced him from her side, but he’s never forgotten her. Never stopped loving her. This time, he’s determined to make different choices, even if it costs him his birthright as the next Arch Druid.
Pursuing very different motives, Tim and Ryan follow Moira deep into the backcountry, catching her in a crossfire between Celtic and Native American magic. A freak blizzard compounds her problems, taxing her survival skills to the max. Against the specter of almost-certain death, Moira has some hard choices to make.

Alpine Attraction, Alphas in the Wild Book Two
Tina made a pact with the devil seven years ago. It’s time to pay the piper—or die.
Independent to the nth degree, Tina meets everything in her life head-on—except love. When an almost-forgotten pact with the devil returns to haunt her, Tina throws a trip to the Andes together to face her nemesis. Better to die on her feet than wait for him to make good on his threats.
Craig never understood why Tina walked out of his life years before. He’s never loved anyone like he loved her. His mountain guide service takes up all his time, but he’s never forgotten her. When his back’s been up against the wall, he’s invited her to fill in as expedition doctor, but beyond that, he’s kept his distance. Having his heart stomped on once was quite enough.
Caught between misgivings and need, Tina signs on as team doctor for one of Craig’s climbing trips to the Andes. Though he was the love of her life, she pushed him away years before to keep him safe. Even if he doesn’t love her anymore, there’s still no one she’d rather have by her side in the mountains. And if she’s going to die, she wants to make things right between them.

Click here for information and buy links.
A Run For Her Money, Alphas in the Wild Book Three
Sara’s day begins like any other. A routine extraction in tandem with a local Search and Rescue team. Routine crashes to a halt when she ends up trapped in a hut, high atop Muir Pass in the Sierras. Four days later, running out of food for herself and her dog, she makes a bold dash for safety.
Jared’s walking the Muir Trail when all hell breaks loose. After hunkering beneath a boulder pile for days, he dares a difficult cross-country route, hoping it’ll put him into position to approach a backcountry ranger station. Surely one of the rangers will know what happened, because he sure as hell doesn’t.
Jared locates the cabin, but it’s locked tight. He’s getting ready to leave the next morning when a helicopter lands, with Sara at the helm. There’s no time to trade war stories. It takes a leap of faith, but they throw in their lot together. Can they face the impossible and come out the other side unscathed? 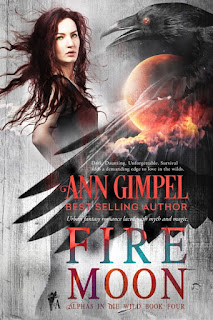 Cara, a mountain guide with a hard luck past and John, a doctor running as hard as he can from his own demons, become unlikely allies. Fire raging through the Sierras forces them away from their planned route and makes escape a dicey proposition.
Cara struggles to outwit the inferno before it’s too late. John’s long-denied psychic side escapes its bonds, refusing to be ignored any longer. He recognizes the fire for what it is: magical creatures bearing the worst news of all. Fire dragons want Earth for themselves, and they’ll stop at nothing to make it theirs. Protecting Cara from the destiny that’s finally hunted him down turns into John’s top priority, but spirit guides shanghai him, forcing his hand.
He never wanted a woman in his life. Too many complications—but something about Cara touches his heart.
She was burned out on men and vowed she’d spend the rest of her life in the mountains, guiding clients—but something about John sings to her soul.
If they can survive the dragons that set the earth ablaze, a different kind of heat just might bind them to each other. 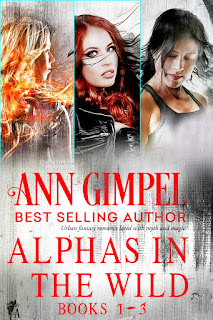