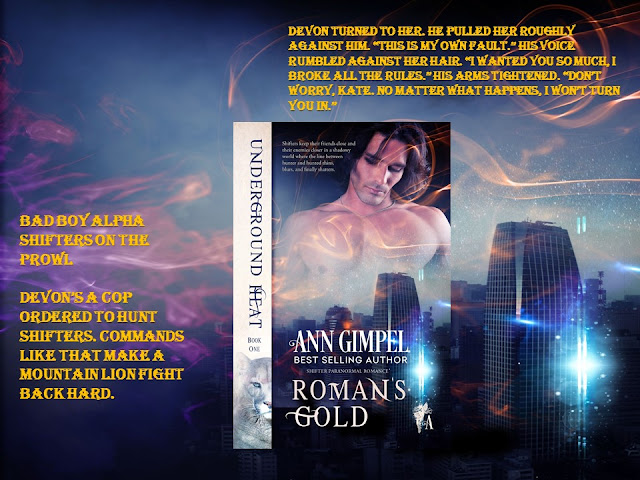 Once respected members of society, shifters are running for their lives. In a futuristic world where resources are scarce, Kate uses her human form to work as a sex surrogate. Furious at what looks a lot like genocide for her people, she joins the shifter underground.

Devon’s been a cop for a long time. He has shifter blood, but not enough to change into anything, at least not until the police department insists on a series of infusions to make him better at tracking shifters so they can be imprisoned—or killed.

Devon’s latest assignment is Kate. From the moment he sees her, he can’t get her out of his mind. But she’s the enemy he’s sworn to eradicate. As he tracks her, the line between hunter and hunted explodes. 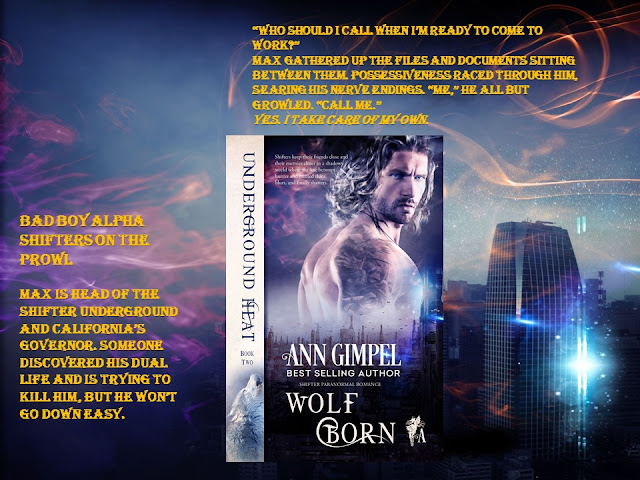 Max leads a double life in a futuristic California that’s almost out of resources. Despite grave risks, he ran for state governor to protect his people. He’s also leader of the shifter underground. Threatened with genocide, many shifters have gone into hiding. Some blame Max and the underground for their plight, rather than the governmental edict that’s meant death for so many.

Audrey works for Max. Unlike most humans with low levels of shifter blood who bless their lucky stars they avoided the purge, she wants to be a shifter. If she could find a way to finesse it, she’d quit her job in a heartbeat and go to work helping the shifter underground. The only sticking point is Max. She’s been half in love with him forever.

Against a dog-eat-dog political backdrop where no one knows who their allies are, Max and Audrey spar with one another. Max fears she’s part of the group trying to kill him. Audrey has no idea about Max’s double identity and worries she won’t be able to walk away from their fiery attraction to help the underground.

After a second attempt on his life, Max faces critical choices. Will he follow his head or his heart? 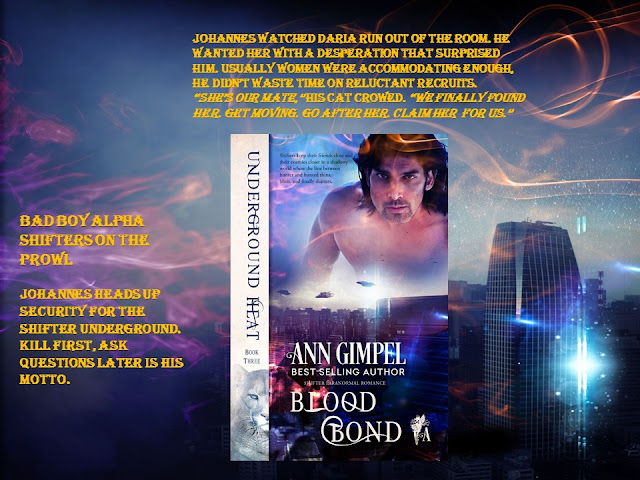 Head of the shifter underground’s security force, Johannes has his hands full. When Max, the underground’s leader, is almost killed by sniper fire, Johannes breaks a cardinal rule to save his friend and makes a discovery about himself that changes everything.

Daria’s been a healer in one capacity or another for hundreds of years, but wholesale slaughter aimed at wiping out her kin is something new. Called to the governor’s mansion after Max gets shot, she finds him wallowing in a river of his own blood. By rights he should be dead. She questions Johannes, but he remains stubbornly silent—after telling her an outright lie.

If Johannes wasn’t so knockout gorgeous, and she wasn’t so wiped out, Daria would’ve left after treating Max. Instead, Johannes talks her into staying, then orders her to work for the underground. As head of security, it’s his right to commandeer personnel. Daria is torn. Johannes is the most compelling man she’s ever met, but he’s also arrogant. Compounding the problem, her cat thinks he’s their mate. After he runs roughshod over her, she doesn’t care about anything except getting as far away from him as she can, but escape isn’t possible.

A series of lethal attacks throw Daria into Johannes’s path—and keep her there. He’s desperately attracted to her, but anything beyond sex with any woman isn’t part of his life plan. His cat says she’s their mate, but it doesn’t alter Johannes’s staunch refusal to consider anything that might turn into love. He has his reasons. They’ve served him well, and he sees no reason to change them now.