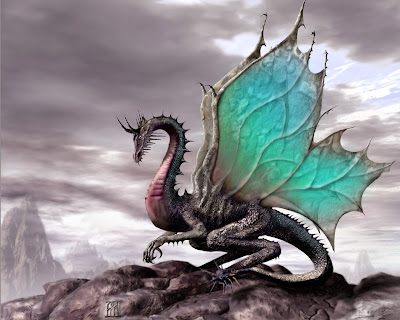 Ever since I wrote To Love a Highland Dragon, the first book in the Dragon Lore Series, I’ve had many people ask why I chose dragon shifters. Just for the record, Dragon Maid is the second book and there will be one more to close out the storyline. The third one’s not written yet, but I have a fair idea where it will go.


Dragons are creatures fresh out of myth and legend. They’ve had better endurance than other mythical creatures like unicorns, gryphons, and the Minotaur. I think there are good reasons for that. Unlike unicorns, which are fluffy and good (think the girl’s toy My Little Unicorn that was popular quite a while back), dragons have access to the full range of human emotion. They express fury and pain, but are also capable of love and loyalty. Gryphons tend to be associated with dark magic, as is the Minotaur.


There have been myths about dragons in nearly every culture. There’s an oriental dragon with a much more slender body, at least in artists’ depictions of it. There’s a Norse dragon, Nidhogg, and Dewi, the red, Celtic dragon goddess. One myth I read suggested the salvation of Earth lies in dragons because they purify wickedness. At least that might explain why the world is in such dire straits. No one’s seen a dragon for millennia!


On a slightly different track, I like the idea that wisdom has to be earned, as does just about everything else. So the human leads in my Dragon Lore series, Lachlan in To Love a Highland Dragon and Britta in Dragon Maid, forsook much to purify themselves and hone their magic so a dragon would want to bond with them. How they see the world is shaped in large measure by their bonds with their dragons. If any old human could find their way to Fire Mountain in search of a dragon, the bond wouldn’t be worth very much.


People have occasionally said to me, “Oh, it must be easy to write fantasy because you can take the story anywhere you want to.” My reply is always that magic systems have to be thought out and congruent. And magic has to have a price. So heroes and heroines, even those with magic, are still bound by certain rules. They can’t do everything with magic and if they expend too much, they need to rest and eat to refuel.


Dragons will always have a special place in my writer’s heart. Two of my other full length urban fantasy novels, Earth’s Requiem and Earth’s Blood also feature dragons prominently. Earth's Hope, last book in that series is done and with my publisher.