What makes a character believable? Well, what makes you believable? There are actually several things. Probably the most important is a constellation of personality traits that make sense together, that are consistent over time and that are congruent with your thoughts and actions. Humans tend to be predictable. So do characters. And, since it is humans who are doing the writing and creation of characters in literature, it is not accidental that every protagonist (and antagonist) in fiction is made up of human traits.
One of the frequent tricks of science fiction writers is to focus on one trait, giving the rest of them short shrift. Spock in Star Trek comes to mind. He was certainly Mr. Rational, but he had rare flashes of emotion, too. The series creator, Gene Roddenberry, used a similar motif for all his alien creatures. Klingons were violent, Vulcans were “reasonable” (and supposedly emotionless), AIs were logical, etc. The thing about the Star Trek characters is that they were consistent and predictable. In that way, fans came to love the series. I still remember the aliens who tunneled into rocky caverns, killing the crew of the Starship if they got too close. Turned out those tunnels were their nests and they were protecting their young. Again, an all-too-human motivation. And one that viewers could be sympathetic to.
So, what does that mean to writers? At the front end, it means giving some thought to the primary characters in one’s book or short story. Who are they? What do they look like? Where did they come from? What kind of educational and experiential background do they have and are they embracing it or running away from it? What does their emotional make-up look like? Are they warm? Funny? Cold? Calculating? Loving? Jaded? To put a finer point on it, all of us are combinations of things. The trick to building a believable fictional character is to pick constellations of traits that go together. And then to have whatever that character does be congruent with his/her personality traits. It’s fine if there’s, for example, a shy, retiring character who begins by dreaming of glory and ends by actually engaging in an act of heroism. That’s congruent. What’s not is the same reticent character who, out of the blue, dives in front of a speeding train to pull a child to safety. We love characters we can relate to. And we relate to characters who feel real.
One of the primary errors many authors make—at least in my opinion—is that the antagonists in their stories either one or two dimensional. Even the hardest of hardened criminals has a soft spot or two. And, if a reader is going to feel anything when the bad guy goes down in flames, they will need to have experienced at least a flash or two of empathy for him/her.
That’s what successful writing is all about. Feelings. It’s also what makes readers want to buy books. Books are entertainment. They make us feel things. Happy. Sad. Worried. Curious. If you look at the most successful authors, their work brings up all those feelings, and more as well. Those are the books we remember; that we drag about in our heads: the ones with characters who haunt us. It takes very little for me to cull up an image of Scarlett O’Hara raising her fist in the field back behind and saying she’ll never be hungry again.
Think about the fictional characters who have stayed with you. They did because they resonated in some way with your internal landscape.
Part Three of the Psychology of Character Development will follow next week.
Email Post 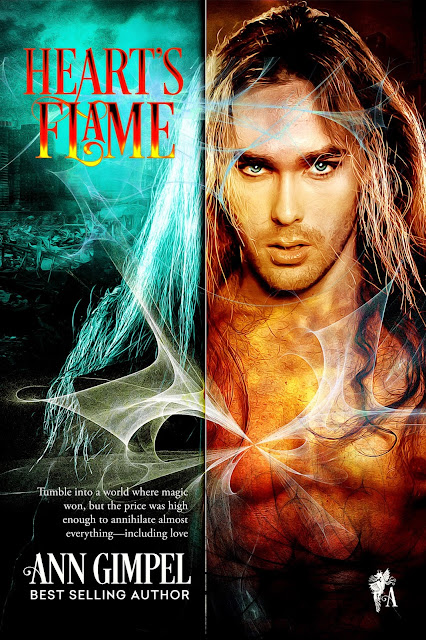